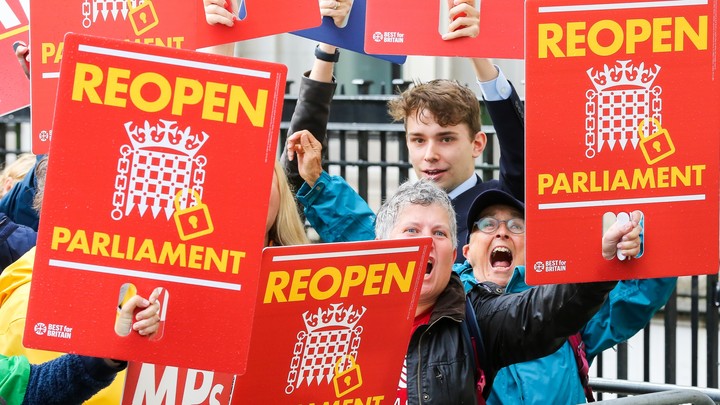 “The judgment was soberly delivered, but its contents were brutal. Wearing a black dress with a large spider brooch, the president of Britain’s Supreme Court, Brenda Hale, announced that Prime Minister Boris Johnson’s decision to suspend Parliament this month was “unlawful, void, and of no effect.” All 11 judges agreed. There is no possibility of appeal.”

Another Nail in Boris Johnson’s Brexit Coffin (The Atlantic)